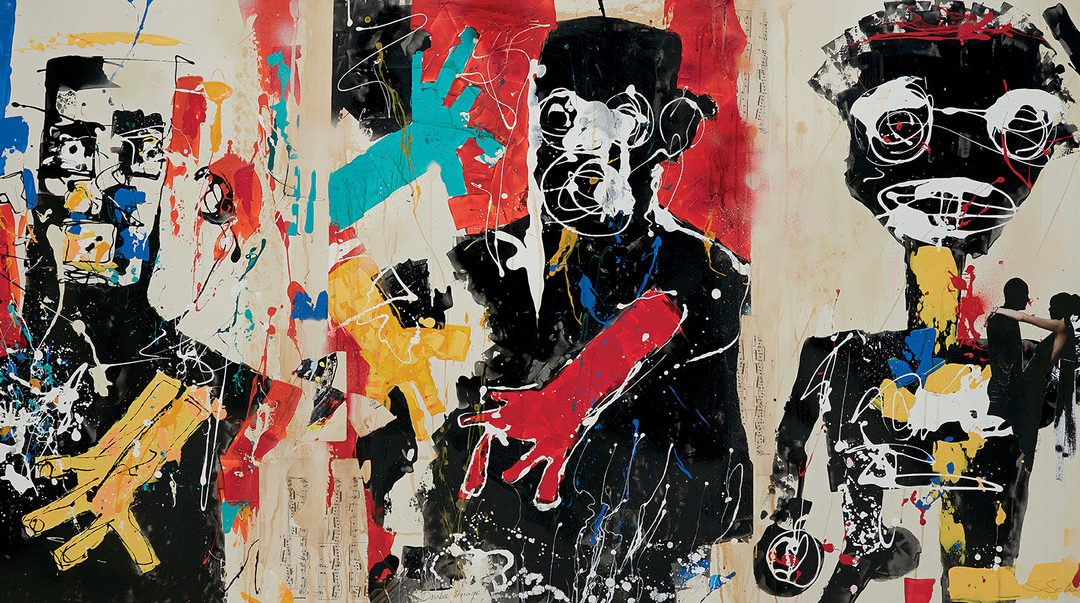 Music as a language has developed into a prominent theme within the work of this artist. Selibe describes his art as a deconstruction and reconstruction of musical sounds. He perceives it to be a means of creating music with all that he senses around him, and as a way of expressing sounds from his inner being.

This methodology produces an impulsive fearlessness, in the thrill and exhilaration of fronting the unknown. Selibe feels that by experimenting, making art is an endless personal expedition to find and free one’s most concealed inner nature; to him creating art has developed into an integral part of his ‘musical being’. Within his work there are habitual themes of spaces and circumstances, which he finds captivating artistically. The exhilaration of exploring reprocessed sounds and making use of innovative methods is significant to the artist. Selibe feels strongly that it is imperative for him to be capable of making prints of these new melodies, so that the viewer can then understand freely, tallying this to the ‘recycling’ factor. 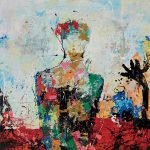 Says the artist: ‘My art is an act of the soul, not the intellect. When we are dealing with sounds and visions we are in the midst of the sacred self. We are involved with forces and energies larger than our own. We are engaged in a sacred transaction of which we know only a little: the shadow not the shape. We invoke the great Creator when we impart our own creativity and these creative forces have the power to alter lives, fulfil destinies and answer to dreams in our human existence.’

‘The fusion of the old and the new to recreate unique sounds, and the visuals that have the power of healing has enabled me to reach a point of discovering the unknown truth. So finding solace and connection in the two mediums is used to reach my target audience.’ 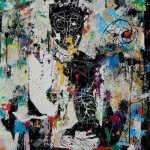 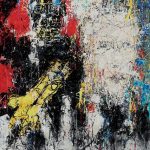 Selibe was born in Soweto in 1974 and has participated in many art workshops. They include: the Creative Arts Therapeutic and Educational Facilitated National Paper Prayers Campaign; the AIDS Awareness through Printmaking Lithography Workshop; the Joubert Park Public Art Project; Workshop: Integrating Music And Visual Art Learning; Vuka Uyithathe Research and Development Training and Human Rights; and the Imbali Visual Literacy Project. In 1998 he participated in an international exchange and research project on music and healing, making field recordings in Namibia, Angola, Cuba and Belgium.

He has facilitated various art workshops on ‘healing through art’, and has participated in local and international art exhibitions from 1997 to date; and has presented at residency and conferences in Boston and Bangkok. Most recently his work has been shown at the START Art Fair 2016 held at the Saatchi Gallery in London, and work was donated to the Professor Jerome Loveland Charity Auction for Surgeons for Little Lives. Under the representation of The Candice Berman Fine Art Gallery, he continues to grow both personally and professionally as an inspired South African artist always working for a great cause. 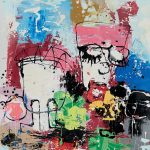 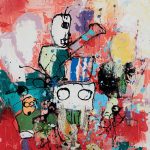