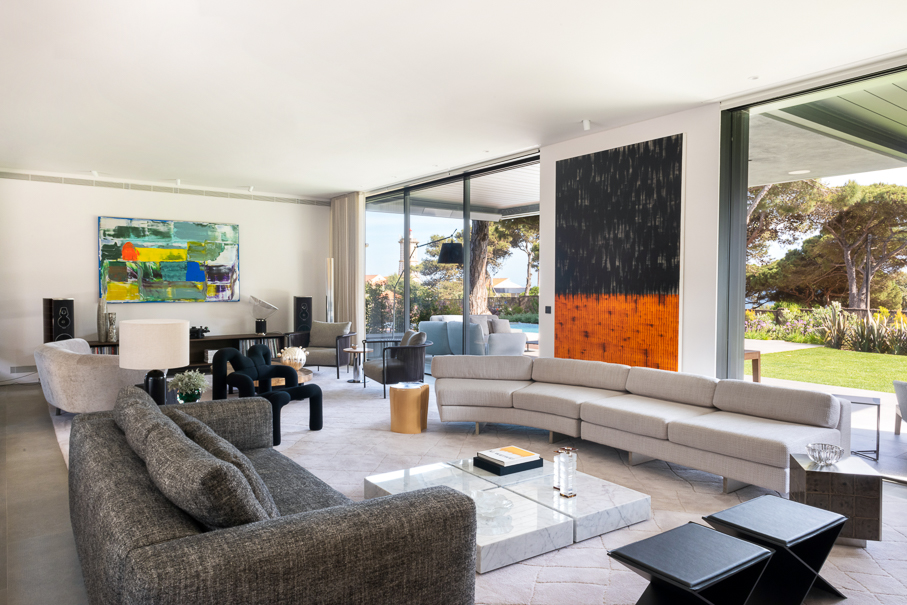 Quinta da Marinha is one of the most prestigious and exclusive areas of Lisbon and Cascais. Tucked away between the sea and the mountains of the Sintra‐Cascais Natural Park, this neighbourhood includes privileged landscapes views and a special tranquillity and safety. Atelier Cristina Jorge de Carvalho was approached to decorate the interiors of this contemporary structure by architectural firm Atelier Nunes da Silva, to complement the appearance, spatial narrative and experience of the house. 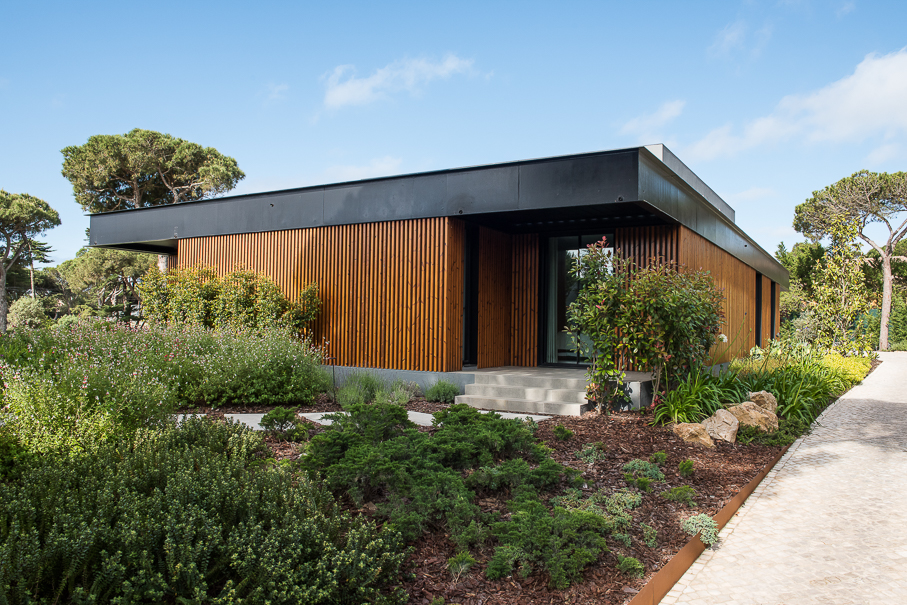 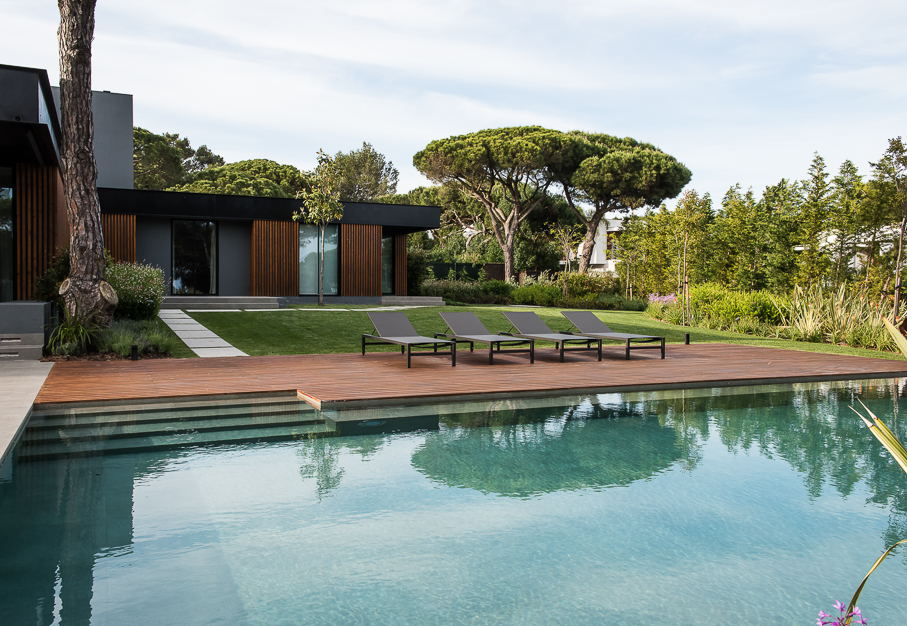 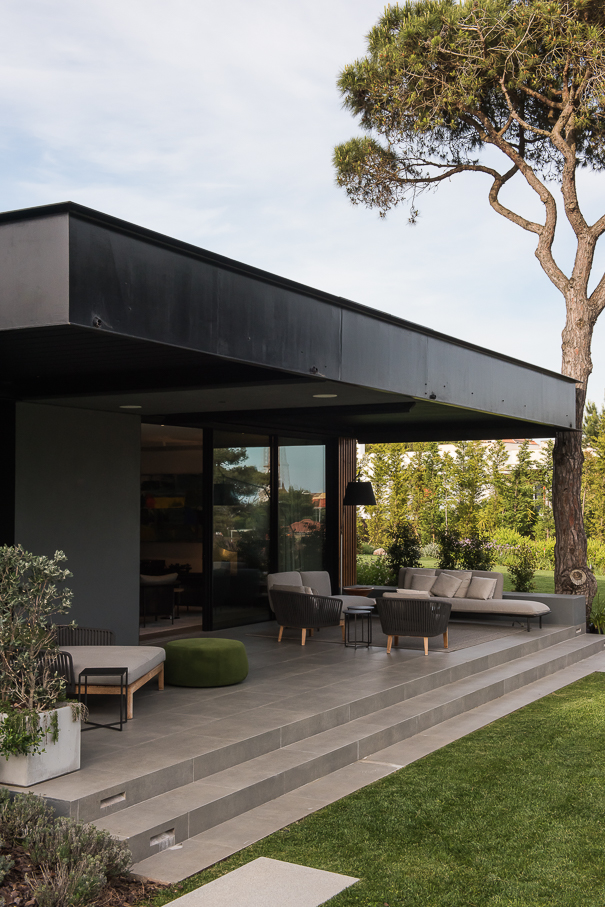 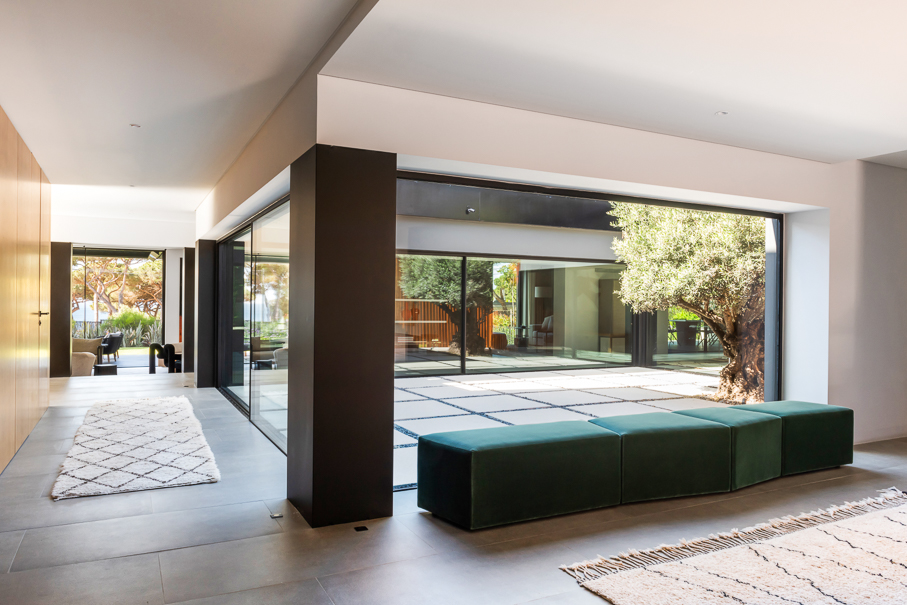 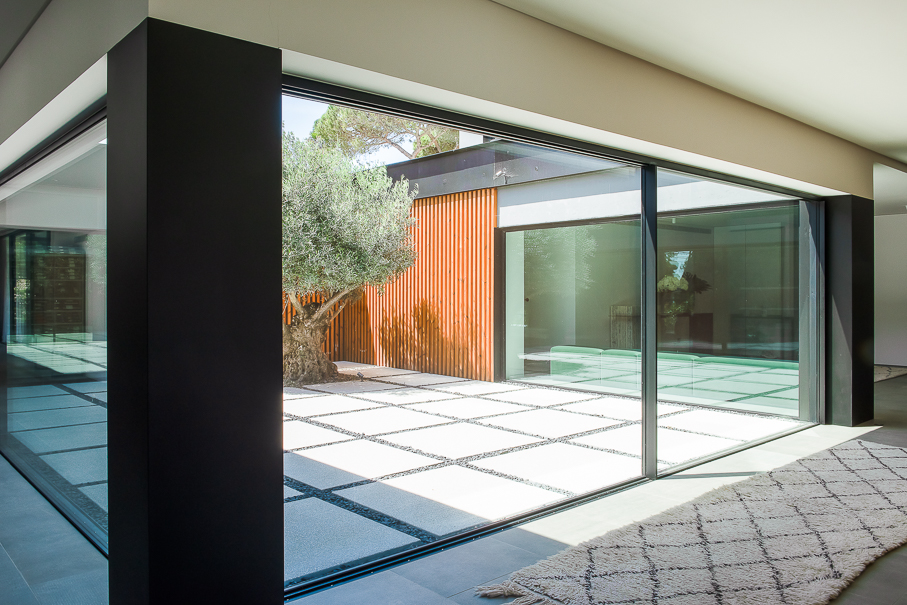 The neighbourhood benefits from two golf courses, which host world circuit events, a modern health club, an equestrian centre and 5-star hotels; it is is close to the most beautiful beaches of Cascais, a 5-minute bicycle ride from the town’s centre, 10 minutes from the exotic Guincho Beach and less than 30 minutes from Lisbon. 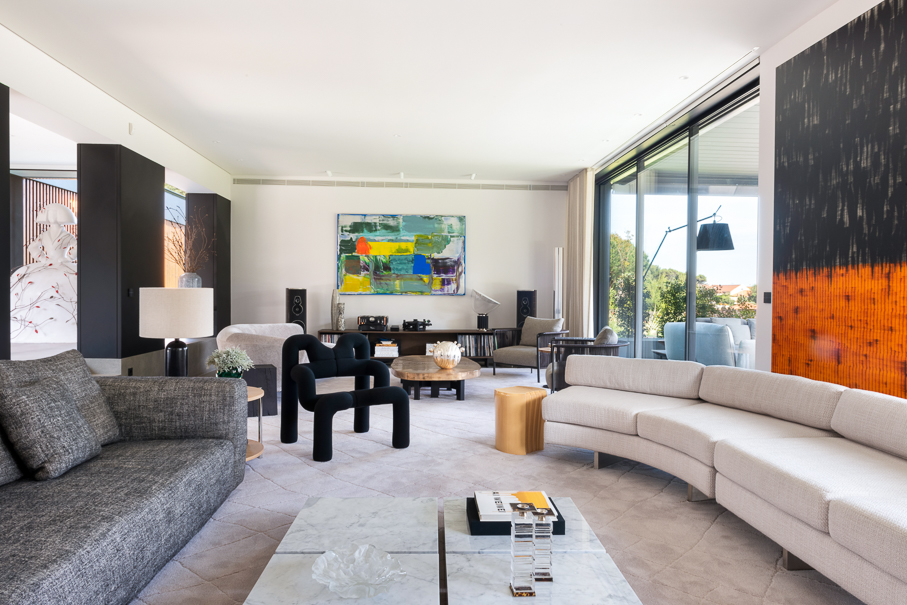 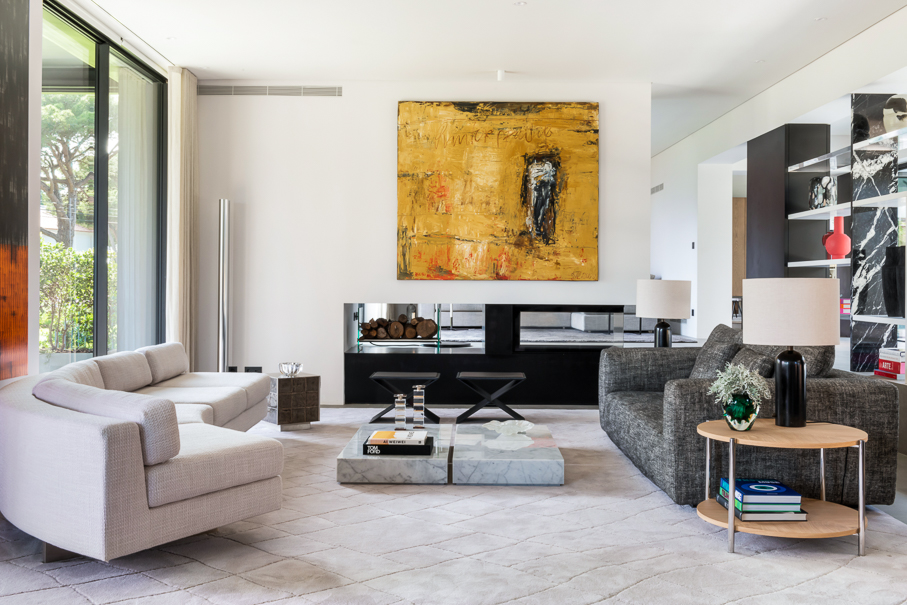 Blame King Luís I (1838 – 1889) for the upturn in the fortunes of Cascais. He declared it his favourite summer destination back in the 19th Century and the rest, as they say, is history. Cascais (pronounced Cash-caiish) is a blend of royal palaces, good local and local cuisine, and outstanding tourist facilities. It’s the place where Ian Fleming and James Bond stories mix with stunning 19th-century architecture. The region inherited many architectural influences, not forgetting the popular windmills, whose first literary reference is due to Ibn Mucane, Alcabideche, situated a few kilometres from Cascais. 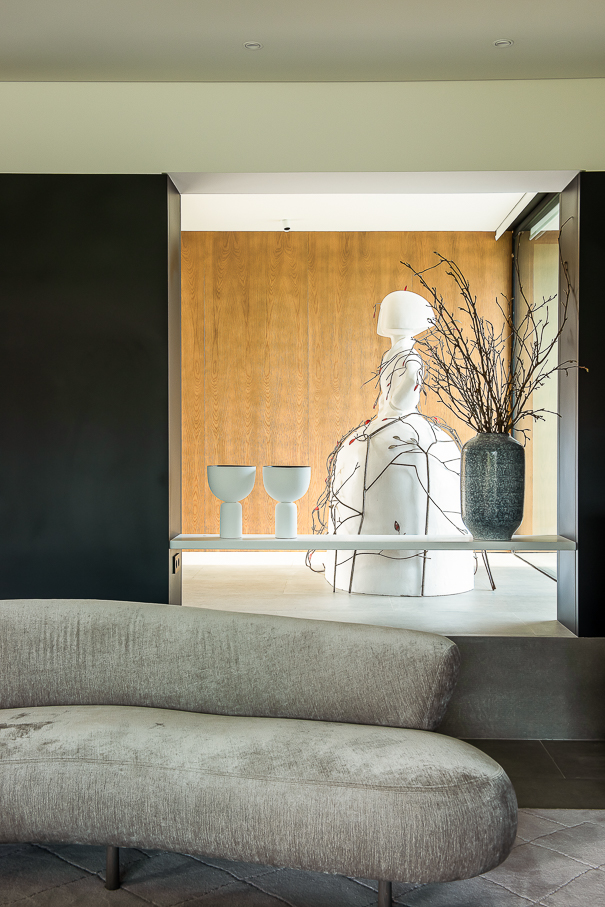 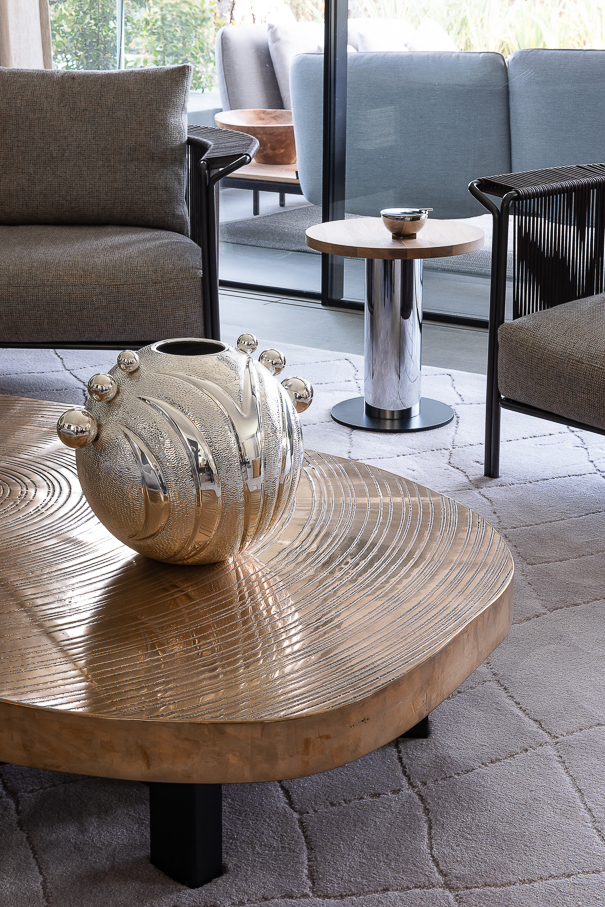 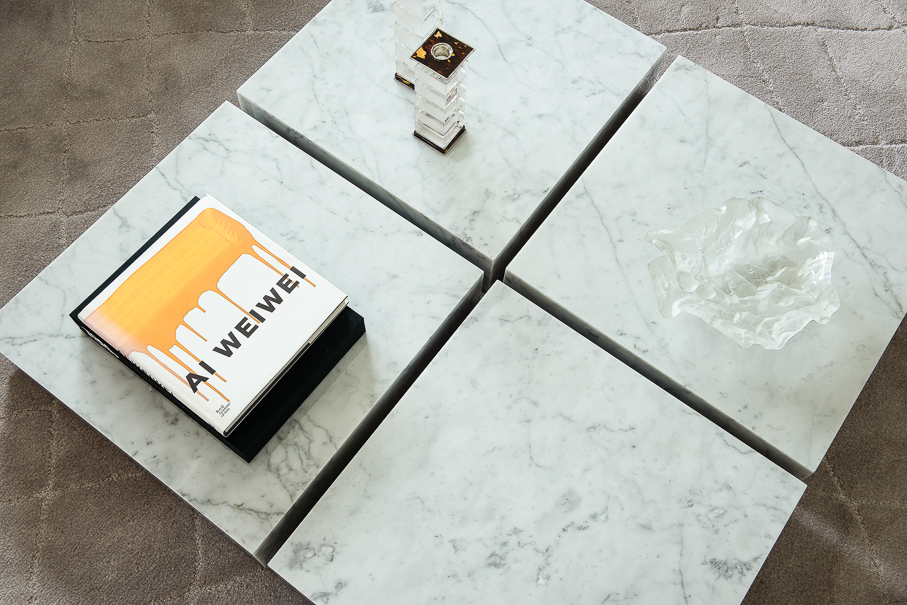 The climate and natural conditions have been extremely favourable, both to man – whose first presence traces back to the Lower Palaeolithic Period – and even long before, to dinosaurs, whose footprints were etched in several points of the region. Later, it the strategic importance of the most western point of continental Europe became clear, successively followed by Phoenicians, Romans and Moors. 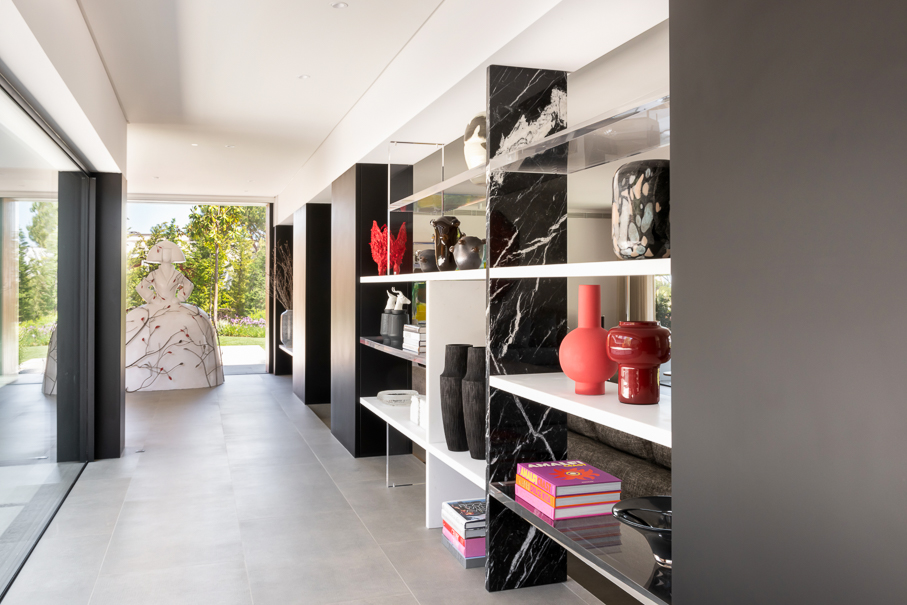 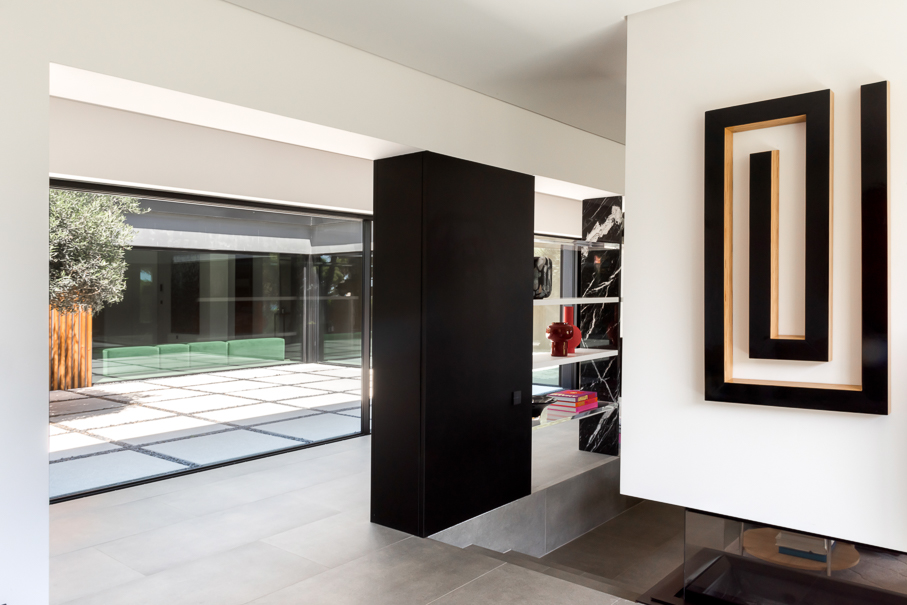 During the Christian Reconquest of the Iberian Peninsula, the region finally fell on a Christian domain in 1147 and, given its closeness to its capital, Lisbon, never ceased to be at the centre of all military and political events in Portugal’s history, especially, during the Portuguese Discovery carried out by Infante D. Henrique.

Fifteen kilometres from Cascais, the village of Sintra has become one of the most desired retreats, visited by royal families and all Portuguese nobility.

The riverside areas of Cascais were the first settlements to be seen by ships that were sailing in the bar of the Tagus River, and the last picture taken by the Portuguese discoverers in its demand through the four corners of the Empire. These people saw the first Portuguese ships arriving full of treasures from Africa and Brazil, and spices from India.

The coastal forts in the coastal parishes of the Cascais county remind us of attacks by pirates in attempts to force the landing of the Spanish, French and English – at different times during Portugal’s history. 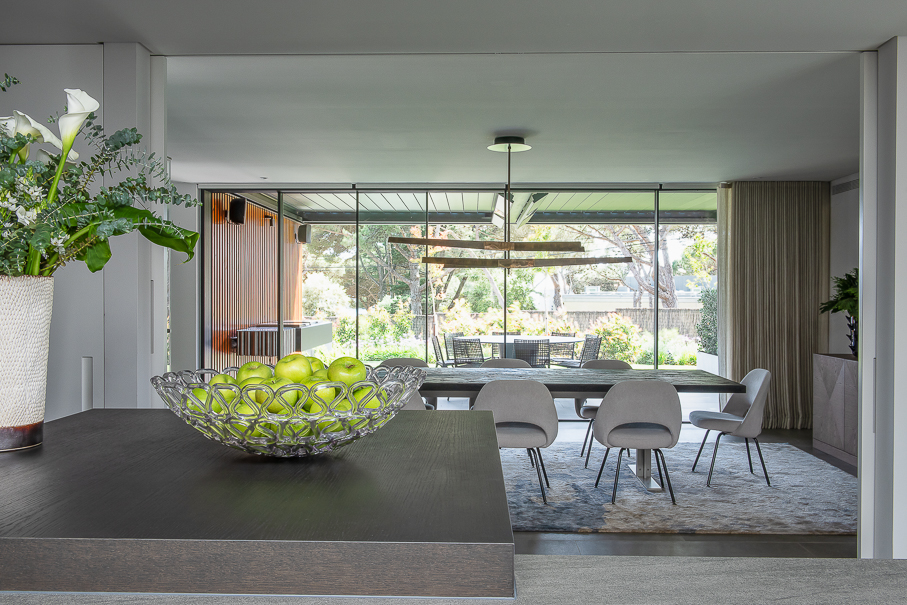 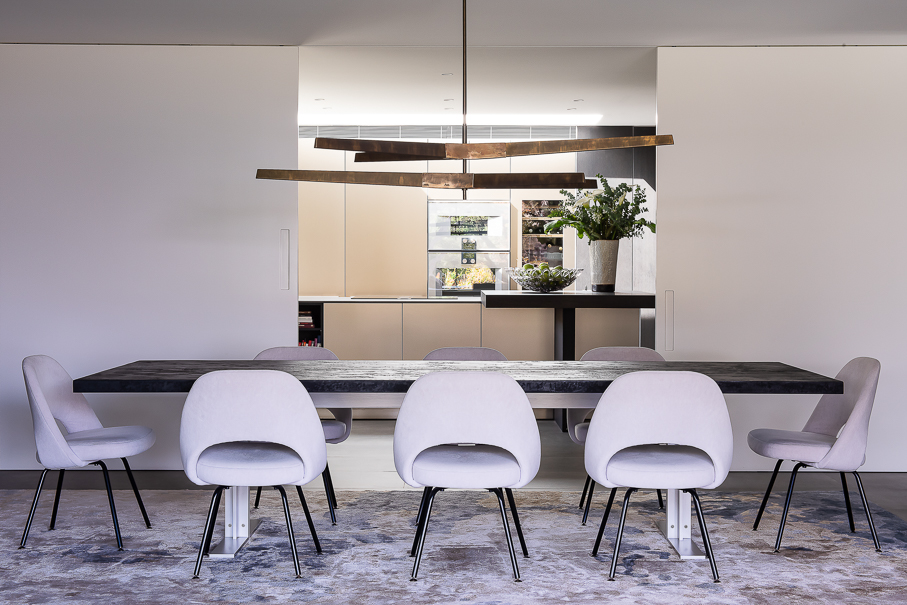 During the period after World War l, Cascais began a period of intense construction in pine, land, farming and quarrying industries, facilitated since 1940 by the easy accessibilities by road provided by the Avenida Marginal that runs along the coast.

The county took off as a tourist centre, and during and post-World War II it received a huge number of refugees and exiles of political views, sports and culture – to which we should highlight the King Umberto II of Italy and Count of Barcelona. It was a sophisticated and cosmopolitan atmosphere that is reflected and preserved to this day.

The designer’s brief was to create a contemporary home that would be comfortable for a family of five, yet elegant enough to showcase the art pieces, and practical enough to entertain guests. 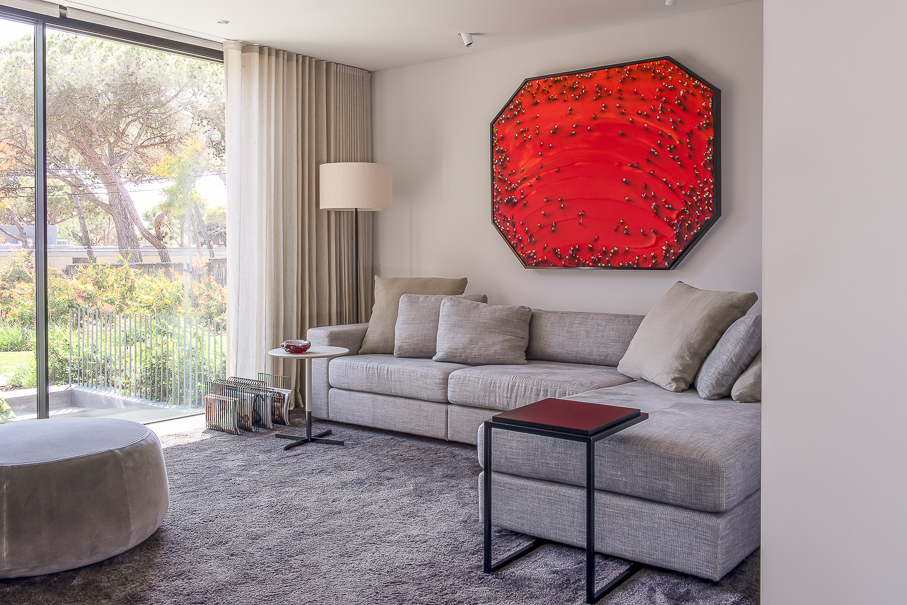 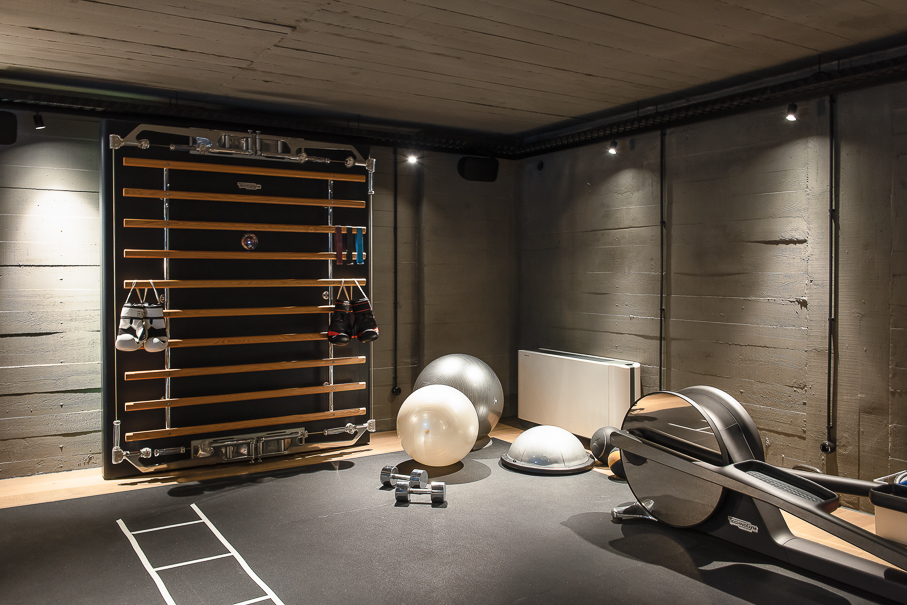 Floor material continuity in the interior and exterior spaces provides a sense of infinity, and blurs the division that would be otherwise distinguished in traditional configurations.

In the living room, custom floor-to-ceiling shelves crafted in black marble and acrylic allow for natural light to shower the space and to display decorative elements. 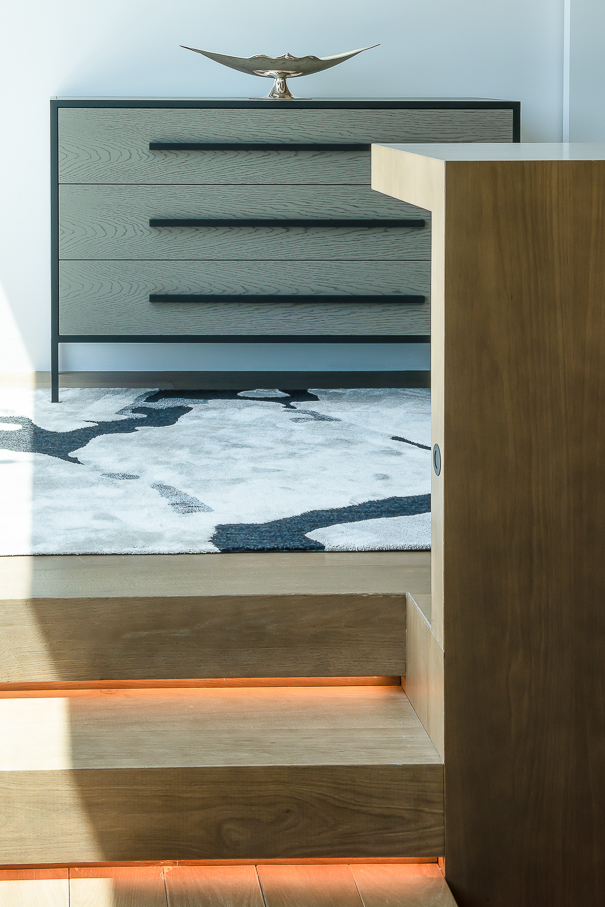 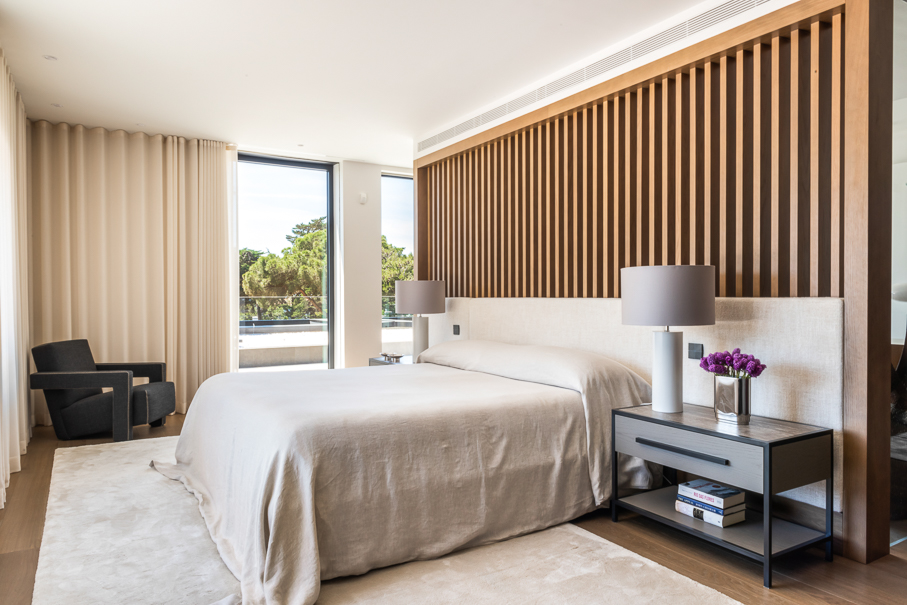 With a team of specialised professionals, from architects, interior designers, interior architects, product designers, the Studio is known for its sober aesthetic, achieved through timeless interiors that express the elegant style and luxury that define its identity and brand image.

Handmade in Portugal by the most skilled craftsmen, the Furniture and Rug Collections by Cristina Jorge de Carvalho reflect the contemporary design that the atelier is known for. These exquisite pieces combine different materials such as leather, brass, steel, iron, lacquer, linen, glass, and marble, to create pieces that are both innovative and unique.