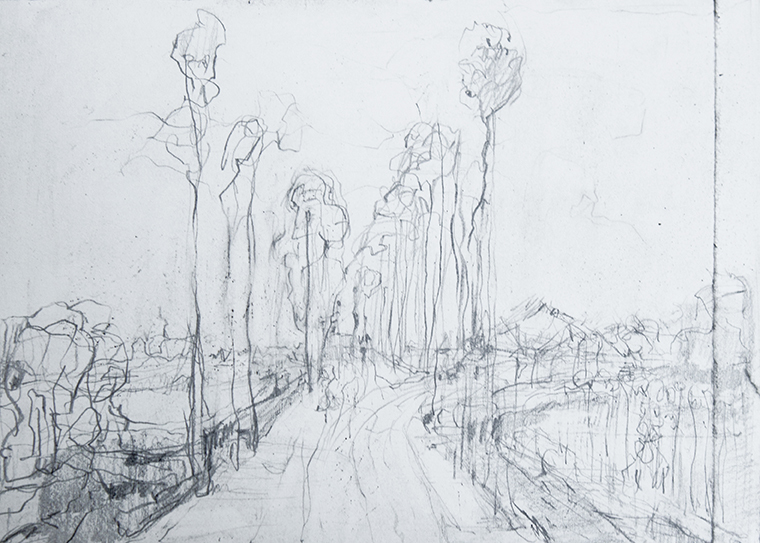 Semaphore, the only Swiss gallery dedicated to African contemporary art, is pleased to announce anima animé, a two-person exhibition of work by South African artists Jane Cheadle and Stephan Erasmus.

Jane Cheadle’s art does not deliver an overt political message but does reveal her interest in political theory, which she studied at the University of Cape Town before changing course. Her preoccupation with the concept of work, especially of precarious and manual labour and how it is organised, comes through in her art, in her acceptance of the transitory nature of what she creates as well as her approach to her materials. 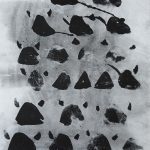 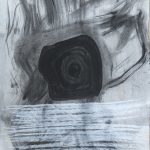 Hope in the Dark

By exploring the essence of the matter she uses for her art, she allows the ‘particular qualities of a given material to reveal themselves’.

Some of Cheadle’s animations are studies in reiteration and variation. At the beginning of Hope (2015) a round blackboard loses its white chalk coating as water runs over it. Cheadle’s stop motion keeps human agency in the background and the disc seems to turn on its own while spouting rivulets. The board rotates in one place but every movement creates new marks, patterns and strokes, as if an invisible hand were composing a quickly disappearing series of abstract paintings.The piece was entitled Hope based on the capacity of the circle to turn endlessly, although the squaring of the circle at the end of the animation does suggest that even hope can lose momentum. 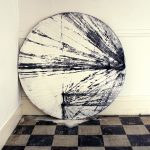 Another of her animations was made in a disused dance studio in Braamfontein, Johannesburg, in a building in which Cheadle and her collaborator, Cobi Labuschagne, had their studios. Because they were on friendly terms with the building’s cleaners, they were allowed into the dance studio at night for the duration of the project. Out of this clandestine arrangement grew the animation Swimmer (2005), which won the Royal College of Art’s Man Group Drawing Prize in 2005. Paper becomes water as the swimmer, depicted not only in paint but also textile ink and food colouring, moves with great ease through an uncertain element. 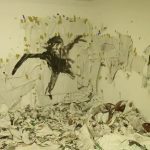 Cheadle’s drawings have a fragile, transitory quality to them and they are created to be incomplete. They grow out of her animations or are creative preparation for them but are rarely stills from them. Although animation allows her to temporalise her drawing, her art is essentially about freedom, movement and transformation, with the latter encompassing deterioration as well as growth. As Cheadle states, ‘if something is fixed it has no potential for change’.

The exhibition will open on Thursday 9 March 2017 at 5 p.m. and end on 11 April. This is the gallery’s third exhibition since opening in November 2016.