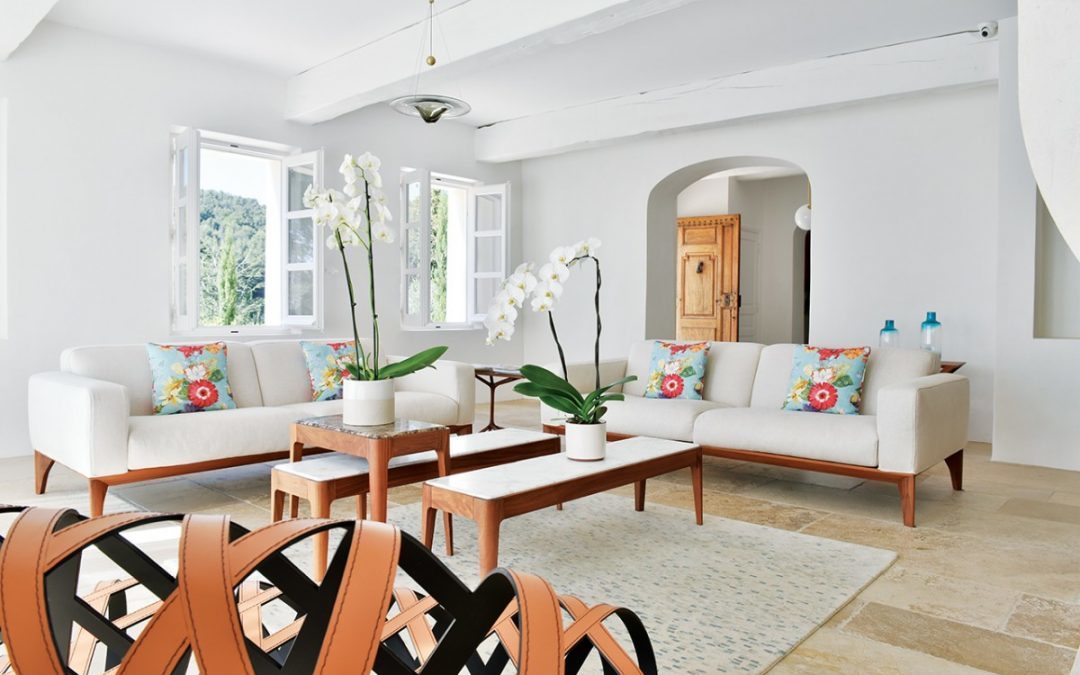 This renovation and extension of a sun-filled villa, hidden away down a winding lane on the southwest coast of France, was recently completed for a French-Moroccan couple and their two young sons. The villa’s crisp light interior is punctuated with glamorous jewel-box colours and subtle patterns that reveal a Hispanic-Moroccan influence. This signature was developed in partnership between the client and Nina Laty, Consultant Head of Interiors at David Price Design. 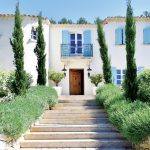 Says David Price: ‘The original farmhouse dates back around 150-200 years and was converted into a holiday home in the 1960s. This saw the property reconstituted into a U-shaped layout, with a new adjoining building for guests and a pool to the rear. At the time of our client’s purchase the exterior had become very shabby, whilst the interiors were a series of small, dark rooms – the very opposite of the light-filled spaces the client required.’

However, the location was perfect – high up in the hills above the one-time fishing village of Cassis, with views over the village to the sea and the surrounding rocky coastal area that forms part of the Calanques National Park. The project began with the reimagining of the entire flow of the house so that it would work in a much more attractive and practical way. 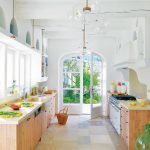 The kitchen was equipped with bespoke oak joinery, with old solid oak used for new doors that were needed. Ceiling beams are original and have been retained. Lighting in the kitchen includes spot feature lights over the work surfaces and two pendants. 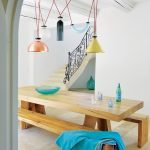 The central dining area is almost monastic in its simplicity, with warmth and solidity provided by a custom-made heavy oak table and benches created locally. Added glamour and jewel-box tones are seen in the overhead feature light.

Although the property is of good size at 600 square metres – and with plenty of potential – it was extended to create the full sense of space and light the client needed. The new layout includes a series of open, ground-floor areas – kitchen, dining room, living space and terrace – all interlinked. This enables views through to the sea-facing far end of the living space and the brand new swimming pool beyond, which replaced the original pool located on the other side of the house.

A relocated front entrance and new central stone stairway now access the first floor, where the master suite, children’s room and TV room are located. The second part of the building, still part of the original U-shaped layout but with separate entrances, was also replanned for better use of space and now houses four guest bedrooms and bathrooms; plus a kitchen-dining space and laundry room. A final downstairs area, whose purpose has still to be determined, may well be adapted to serve as a gym, wine storage area or cinema room. 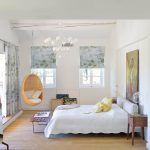 The master bedroom is a light-filled interior that overlooks the terrace, pool and ocean. 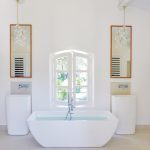 Beyond is the bathroom with freestanding bath

The approach to the property is down a narrow lane leading up from Cassis, which passes between high stone walls, and alongside vineyards and wooded slopes. Tall iron gates lead into a garden area at the front of the property, with a mature magnolia at the centre, in a circular bed with parking around. The garden was replanned and planted by designer Benjamin Burzio, to a brief by David Price Design; and was transformed in the process from an overgrown, untended mess to a very considered and landscaped terrain. A good number of pine trees were removed to ensure views towards the sea and across the valley, but the original planning of terraced levels was retained. 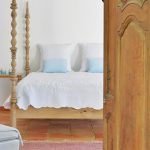 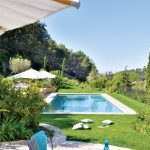 This weekend retreat for a London-based family is patently Provençal. Of comprehensive size, it is set in elegant grounds and overlooks the picturesque village of Cassis.