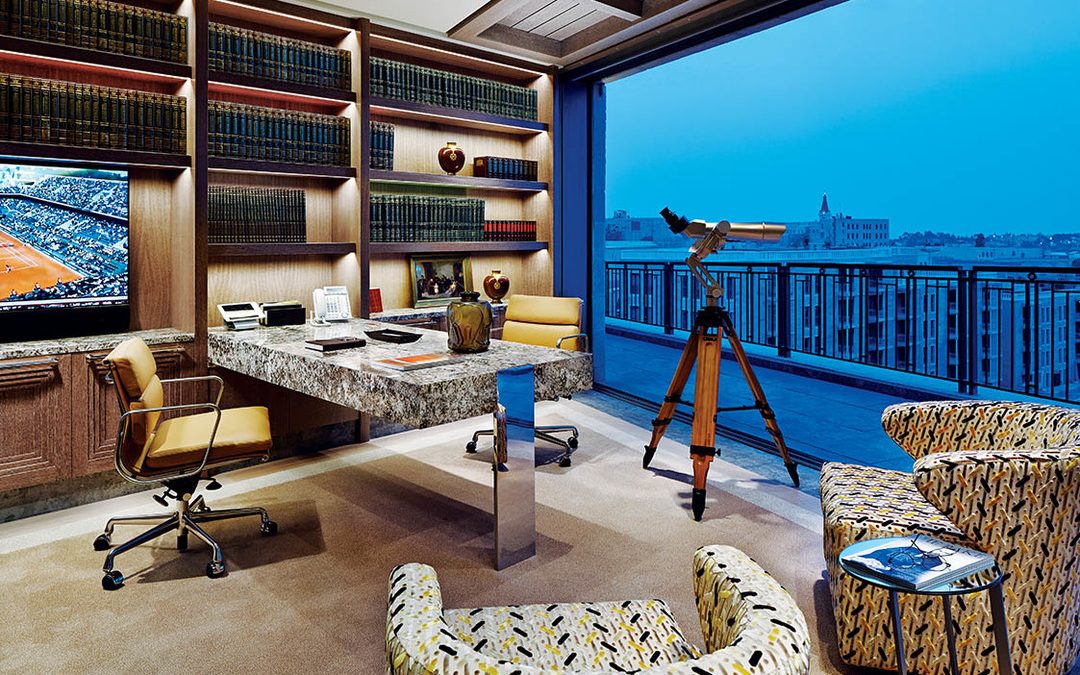 Few places on Earth have exuded more mystery and power than this deified ancient city. And even fewer designers possess the worldliness and talent to bring that mystery and power into the third dimension in ways that both consider its many millennia of astonishing history, and also telegraph a modernity as thoroughly fresh and modern as the current moment.

That, says Benjamin Steinitz – one of the most respected antiquarians of our time – is what makes this residence the transcendent masterpiece that it is. The exquisite treasures contained within its walls bridge thousands of years. Yet the choices are astutely deliberate. The reason? ‘Geoffrey Bradfield understands the unparalleled importance of the location,’ says Steinitz. 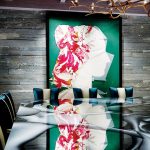 An ethereal Claudio Bravo canvas hangs on the mirrored wall, flanked by a Manolo Valdés work. 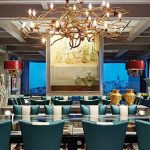 The versatile mirrored Peter Kogler table, is actually four tables, capable of seating up to 32. 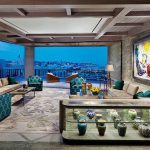 ‘One feels the city is so present. It becomes immediately apparent that the designer has selected, with exceedingly erudite precision, works of fine and decorative arts that embody the uniqueness of the Holy City. The way they interact with each other and the panorama outside resonates at a level far more profound than the merely visible.’