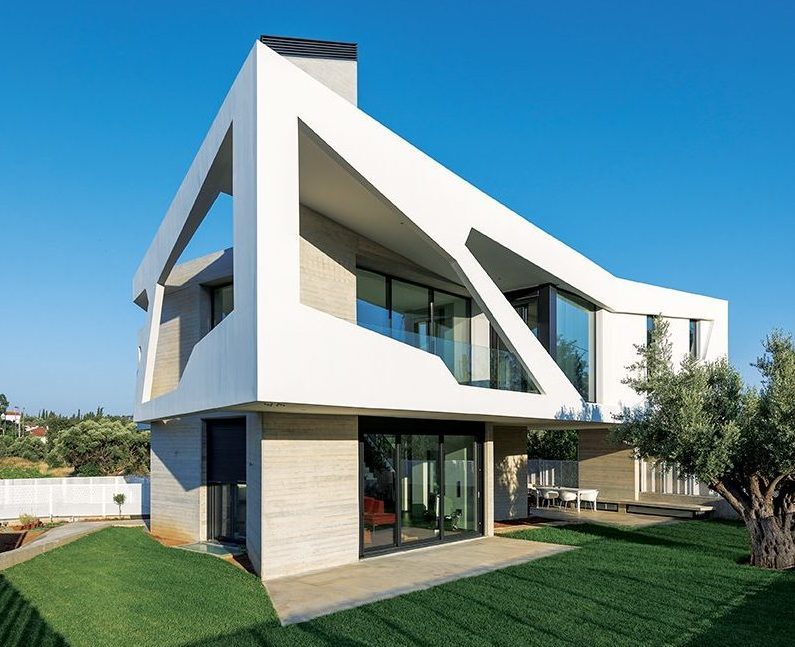 This house of 250 square metres was designed between 2009 and 2011 for a young family in an almost rural area that is part of Paiania, Athens. The plot size is 500 square metres, and the structure took two years to build and was completed in 2013. 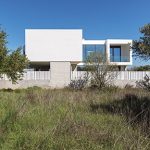 KLAB – Cubist elements are at the fore here, but dramatic diagonals add focus and depth. 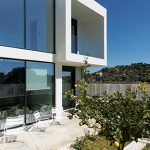 KLAB – Cubist elements are at the fore here, but dramatic diagonals add focus and depth.

Say the architects: ‘As the first house to be built in this new suburb – but surely not the last – we had to consider future developments, and yet start from an almost white paper. Subsequently, due to the financial crisis, new developments are not due to appear any time soon.

‘We felt that we should try to design walls on the ground floor in such a way that they would allow light and views to penetrate the interior. We also thought to enclose the house from the exterior, creating angles that would protect it from the cold north wind while allowing light to enter from the south, east and west. 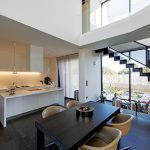 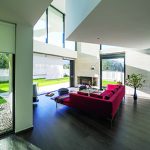 ‘The siting of the house only occurred after considering different options for future developments on the adjacent plots. The flexibility in our plan followed the principles of the stone vernacular Greek architecture, but differentiates itself via the intended lightness that we proposed. It’s a collaboration of lightness, void, transparency and volume.

‘To the external walls that were formed by exposed concrete, we added three volumes that created the light wells and the structural support for the house. These became empty volumes that ended up at the roof as light chimneys. The void becomes the structure.’

The ground floor is connected directly with the garden through the openings and has become the centre for the life of the family. Interior and exterior are connected as window frames vanish inside wall cavities. Being outside the city, the relationship of the house with the garden became very important and the design has attempted to create different qualities for different times of the day, and for different seasons of the year – for the outside space. 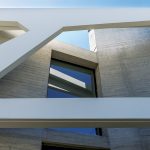 Although an overtly modern concept architecturally, this build manages to evoke characteristics of classical Greek design. 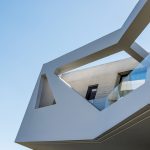 The prowlike semi-enclosed terraces are both dramatic and functional. 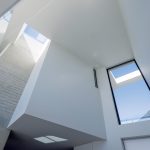 Inside surfaces are clean and contemporary