Lamborghini at Goodwood Festival of Speed 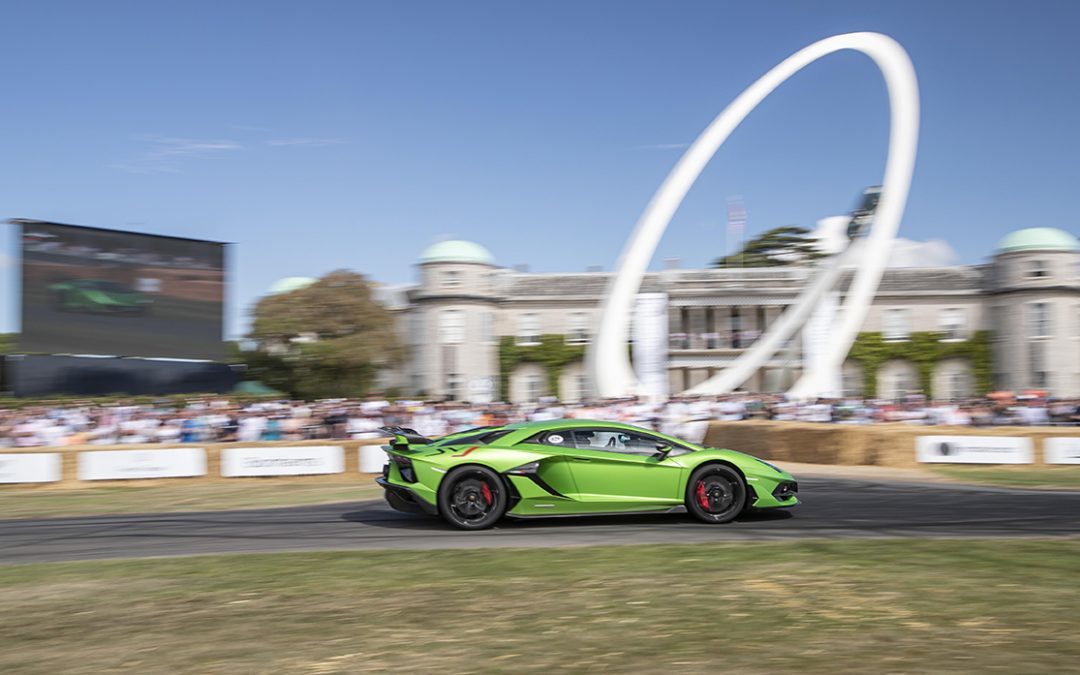 Sant’Agata Bolognese, 9 July 2019 – Automobili Lamborghini celebrated with fans and customers at Goodwood Festival of Speed, with its one-off Alston SC18 and the Minardi Formula One car as well as its latest production Aventador and Huracán models. 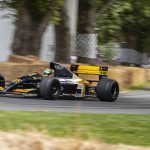 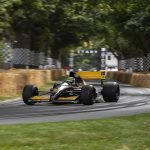 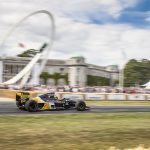 The Alston SC18, the first one-off created by Lamborghini’s motorsport division, designed in conjunction with the customer by Centro Stile Lamborghini, was loaned for the occasion to show off its track prowess running up the hill. Also homologated for the road, with a carbon fibre body in grey Grigio Daytona and red details, its extreme aerodynamic design is derived from Squadra Corse’s competition experience. Front air intakes are in the style of the Huracán GT3 EVO and the sides and rear feature fenders, fins and air scoops are inspired by the Huracán Super Trofeo EVO. A large carbon fibre wing with three mechanical adjustments allows optimal downforce in all circuit environments. Twelve air intakes on the rear hood allow optimal heat exchange and cooling of the V12 engine that outputs 770 hp and 720 Nm of torque: the result of testing in endurance races. 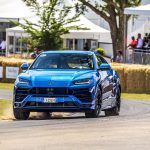 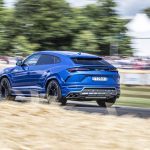 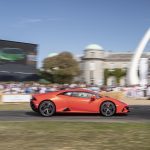 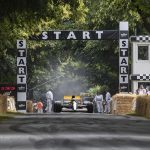 The Minardi M191 L chassis #003 with a Lamborghini LE3512 V12 engine, which ran in the 1992 Grand Prix season, joined other Formula One cars on the hill. Fully restored by Lamborghini Polo Storico, with the support of former Lamborghini engineering personnel involved in the 1990s Lamborghini F1 project, most of the original components were retained including the engine designed by Mauro Forghieri outputting almost 700hp. 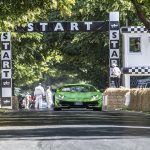 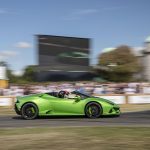 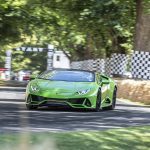 The V10 Huracán EVO coupe and Spyder made their UK public dynamic debuts at Goodwood, joining the flagship V12 Aventador SVJ in the Supercar Paddock. Le Mans legend Emanuele Pirro joined other drivers from Lamborghini Squadra Corsa to be a guest behind the wheel of the Huracán EVO Spyder that, like its coupe stablemate, outputs 640 hp and features rear-wheel steering, a torque vectoring system and the new feature of Lamborghini Dinamica Veicolo Integrata (LDVI): a Central Processing Unit that controls every aspect of the car’s dynamic behaviour. 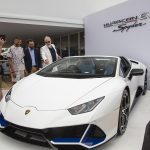 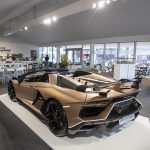 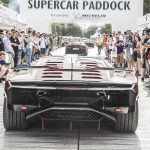 “Goodwood Festival of Speed is a unique event, where road and race cars come together to delight car enthusiasts,” said Automobili Lamborghini Chairman and Chief Executive Officer Stefano Domenicali. “Lamborghini is proud to take part and celebrate both its newest super sports cars as well as legends from the past like the Minardi, and cars that will become legends of the future, such as the Alston SC18.” 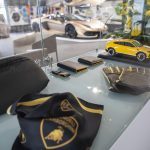 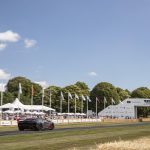 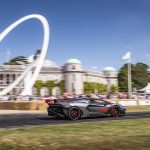