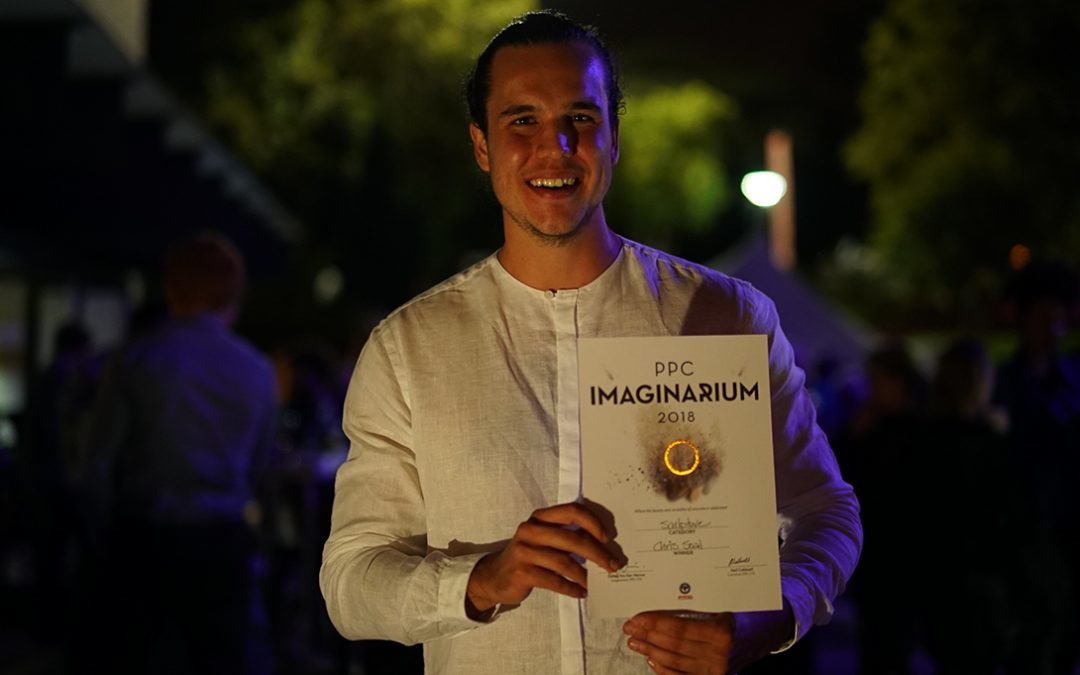 Chris Soal is an award-winning artist living and practicing in Johannesburg, South Africa. Using found materials as the departure point for his works, Soal’s sculptural and spatial approach to making art is driven foremost by formal concerns such as texture, light and form expressed in an abstract minimalist language. Conceptually, his works refer to the political context of their making, highlighting the histories embedded in the found material, and utilising them in a way that challenges societal assumptions of value.

In 2017, Soal graduated with a Bachelor of Arts in Fine Arts (Hons) at the University of Witwatersrand. He was awarded the overall PPC Imaginarium Award in 2018, alongside being named the winner of the Sculpture category. Soal has been awarded residencies by the South African Foundation of Contemporary Art and invited as a research fellow by the RAW Material Company in Dakar, Senegal. 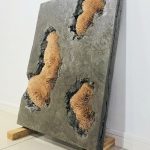 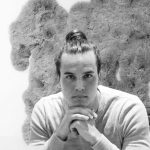 He has exhibited in group shows at institutions such as Aeroplastics Contemporary in Brussels (2017), Wits Art Museum (2017) and Stellenbosch University Museum (2018), to name but a few, and had his first solo exhibition, “Orbits of Relating” at No End Contemporary in Johannesburg in 2018. He was a featured artist at GONG LAUT: The First Singaraja International Art Forum in Bali, Indonesia in 2018. Soal’s work has been included in many notable private and public collections, both locally and internationally.

One of his pieces that received a high level of attention early in 2018, is called “In a time of peace there was a casualty of war” and is a continuation of his exploration of the use of materials such as toothpicks and concrete. By juxtaposing the toothpicks and concrete, a textural and visual contrast is created in the work, which Soal hoped to push further through the paradox of the title. This piece of work is currently in the collection of Allude Cashmere’s founder, Andrea Karg, in Berlin. 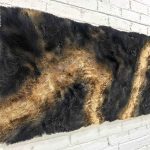 “Concrete as a material and the cubic form are closely tied to the modernist legacy and I felt that working in Johannesburg that I needed to think of ways to creatively inject myself into the “monumental” within the city” says Soal. He explains that it seems a small gesture to use the humble toothpick as something which seems to break through the concrete, disrupting, subverting and ultimately, introducing the element of wonder to something which would otherwise not be considered interesting. “I think it is within its ‘smallness’ that the gesture becomes powerfully political,” he states.

Soal explains that the PPC Imaginarium has made him more conscious of the fact that artists and creatives are professionals. Artists are people who the industry can and should take seriously. He notes the fact that the PPC Imaginarium has invested R150 000 in his work as an incredible compliment; at the same time, it shows that the competition takes what he does very seriously. 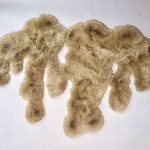 For a long time, Soal was grappling with the place that art should occupy within society: specifically, its relationship to commerce, and more personally, the value of his own art within society. He says: “This award was an important moment for me as a young artist as it increased my confidence in the value of my own work. The recognition from PPC was important in developing my thinking around artists as cultural producers and as figures who have the potential to be instrumental in societal change. For instance, not only do I have a professional four-year degree behind me – I’ve been involved in the industry for several years. I ought to view myself as empowered as any other professional, much like a lawyer who has just completed their articles or a doctor emerging into a professional practice would. When that culture of empowered professionalism enters the arts, I believe the industry will be pushed forward.”